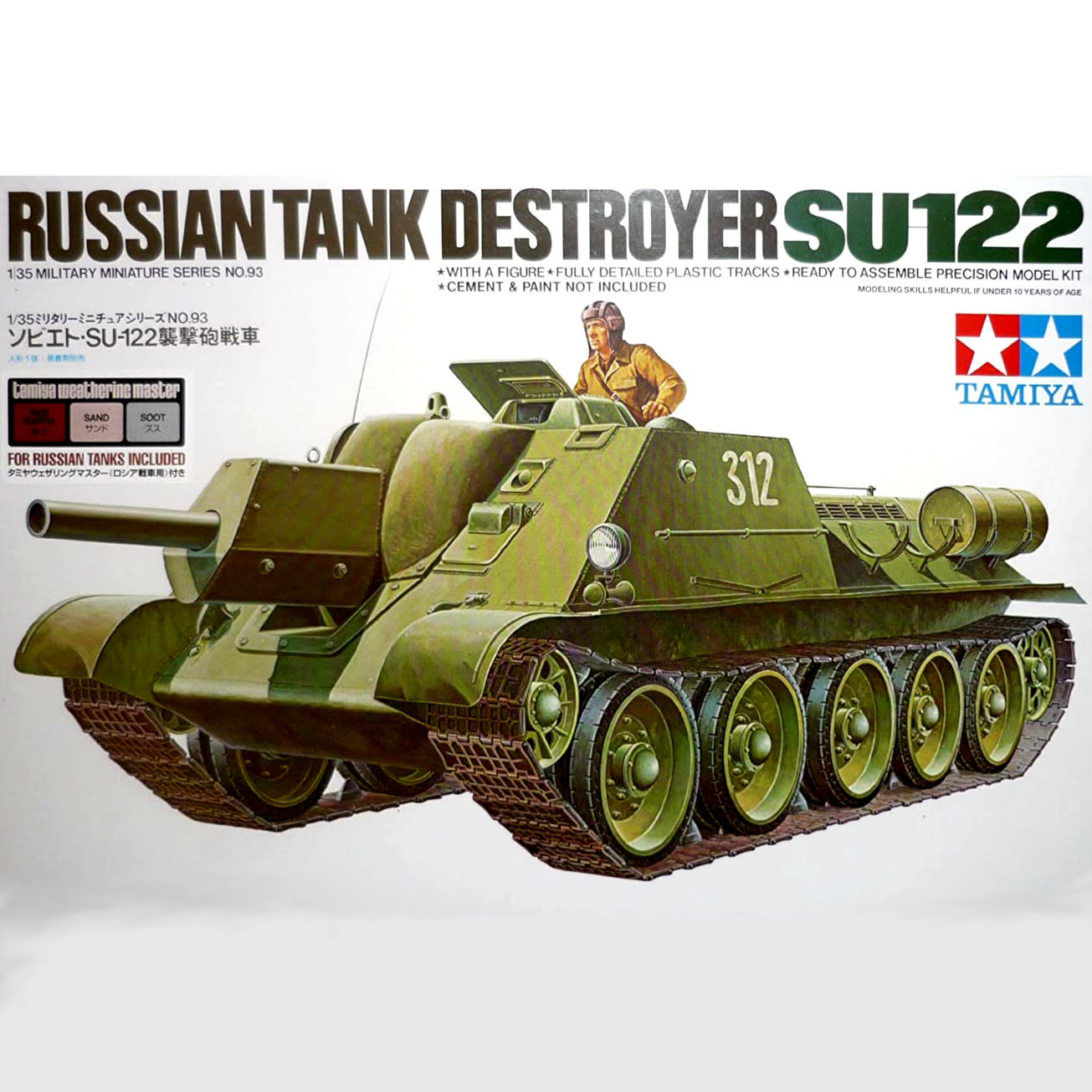 In the 1940s, after the success of German Sturmgeschutz III, the Soviets became interested in assault guns. In the early 1940s, the Soviets had artillery tanks such as the KV-2; however, the KV-2 had many limitations such as the inability to fire on the move. The need for new military armor became evident, in 1941, when the Germans invaded Russia and overwhelmed the KV-2 forces. After this incident, the Soviet army began to rearm and develop assault guns. The first Soviet assault vehicle was the SU-76, which was based off of the T170 light tank. However, the SU-76 fell short of expectations because of its small stature and lightweight. A new assault gun was developed in 1942, using the T-34 chassis and a 122mm howitzer. The vehicle did not disappoint and by January 1943 Soviet military forces were equipped with the new SU-122. The number 122 in the name represents the 122mm howitzer. The SU-122 featured a horn periscope, radio, frontal armor up to 100mm thick, and massive mantlet. The SU-122 was often used as fire support for the tank divisions. However the production of the SU-122 was short lived, and by February 1943, the Soviets stopped production of the SU-122 to produce the JSU-152.