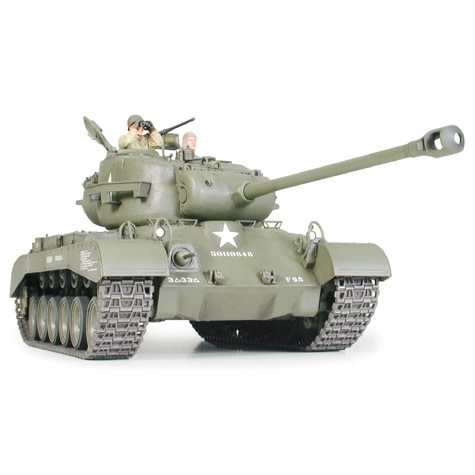 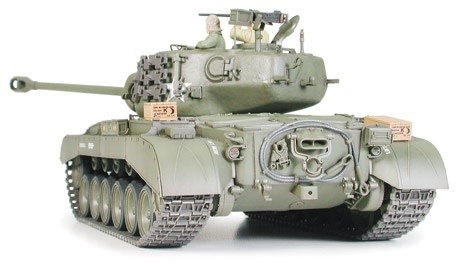 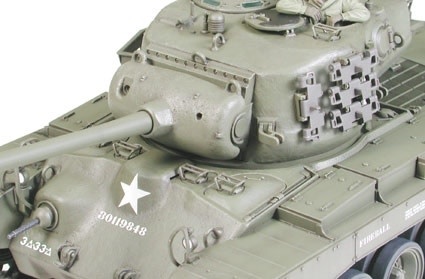 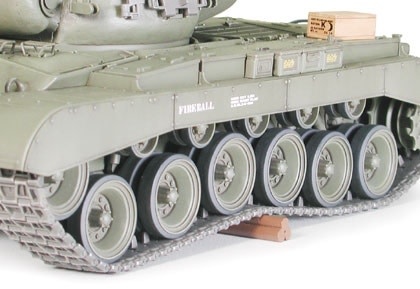 The U.S. Medium Tank M26 Pershing made its appearance at the end of WWII to allow the American army to stand up to the wrath of German tanks. The Pershing which was equipped with a long 90mm gun and exhibited incredible mobility, was first deployed to the European front in February 1945 as part of the effort to invade the German homeland. The Pershing, of which 200 were used against Germany until its surrender, successfully engaged Tiger I and Pz.kpfw. IV tanks. When the Korean War began in June 1950. The M26 also fought successfully against the rival T34/85 Soviet built tanks of the North Korean and Chinese volunteer armies.