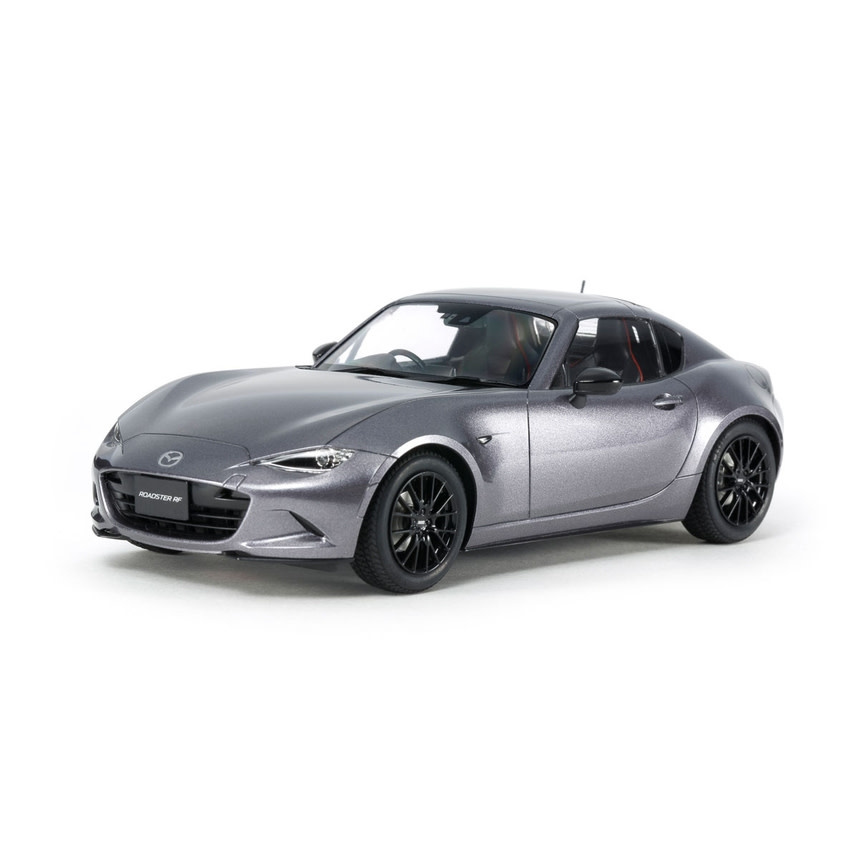 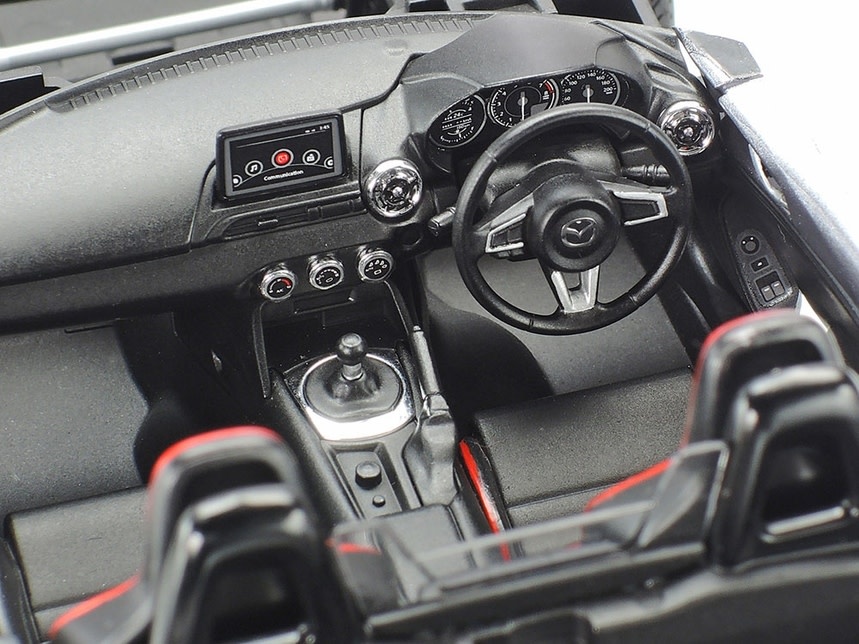 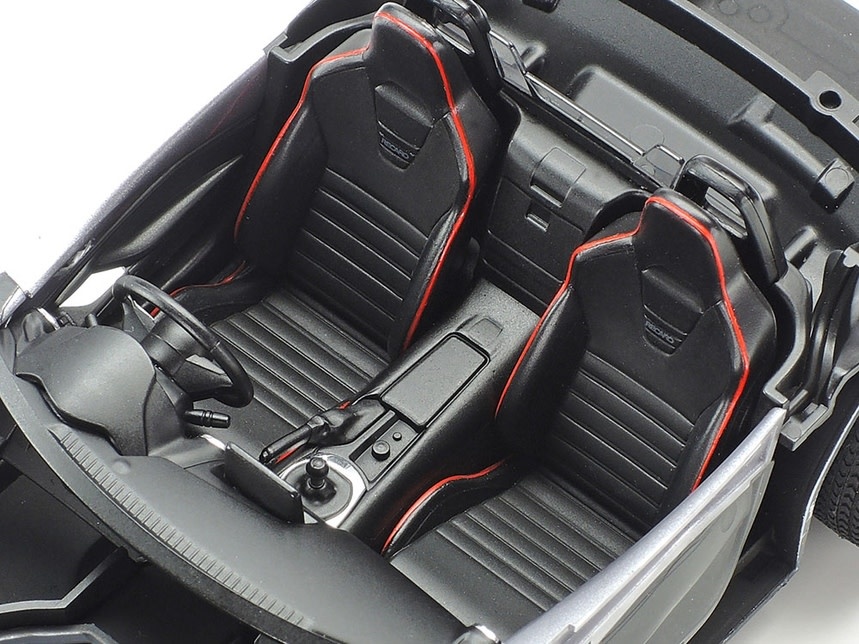 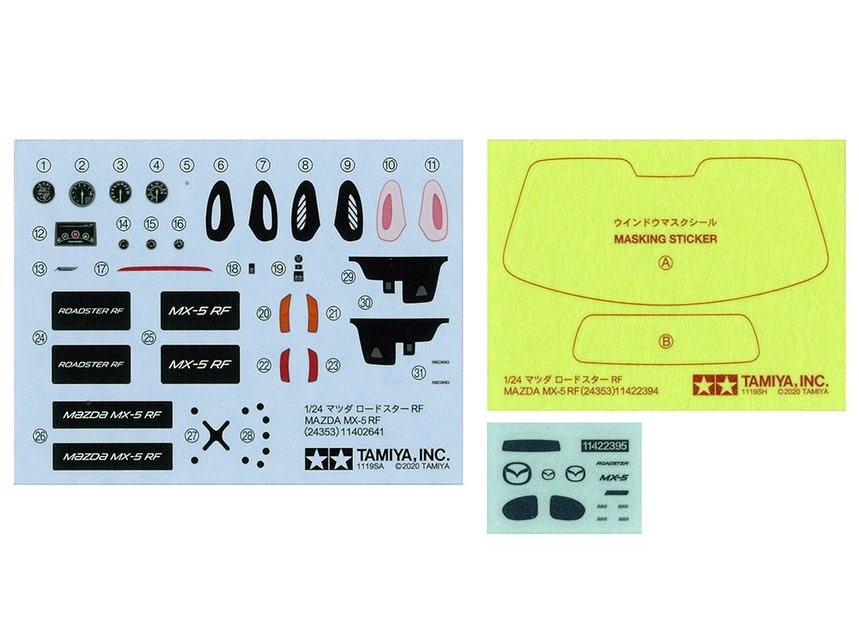 This model assembly kit recreates the fun to drive MX-5 (also known as the Miata MX-5 in the US and Roadster in Japan). Specifically, the kit recreates the RF model that was originally announced by Mazda in 2016: the initials stand for Retractable Fastback, as the car features a sleek fastback hard- top design with innovative retractable roof. In fact, the actual car's three-piece roof opens and closes in just thirteen seconds, and all at the push of a single button. It also features tweaks to its chassis and suspension to accommodate the heavier top section, while retaining all of Mazda’s vaunted safety features.

• 1/24 scale plastic model assembly kit. Length: 164mm, width: 80mm.
• The kit depicts the 2017 model MX-5 RF, complete with options available on top grade models in the Japan market such as Recaro seats, and BBS wheels.
• Parts to build: Japanese, US, UK or European market spec cars.
• NEW side window parts in this kit allow for the hard top to be depicted up or down.
• Detailed renditions of the suspension and interior.
• Metal-plated parts are used to depict light reflectors and other components.
• Decals are included for instrumentation and other details, as are metal transfers for emblems and side mirror surfaces.